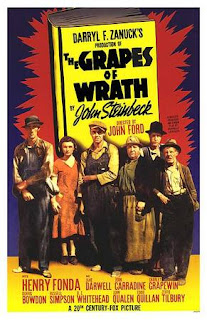 If it weren't for the fact that it's on so regularly, there'd be something temporally sadistic in the most current revival of John Ford's The Grapes of Wrath (Oct. 1, 25, Nov. 3 on Turner Classic Movies). This is the one that's almost bent over by the weight of prestige: the 1940 dustbowl epic whose elements of sentimental fraud are all but overridden by aspects so true that they're virtually documentary. Even the synthetic nature of the sets, as when John Carradine, the preacher, comes stumbling into the windblown foreground, are somehow truer than reality, in the way that an opera set selects a certain aspect of what is real.
Try to overlook the "pore white folk" talk, the probable exaggerations of labor camp venality, the grossness of Ma Joad's bravely hearty uplift (though the scene where Jane Darwell dangles her youthful earrings in the mirror and registers a sudden shock at her ugliness is too eloquent to question).
And the scenes of Granpa (Charlie Grapewin) and Granma (Zeffie Tilbury) — both of them by now as nutty as fruitcakes — are practically unwatchable for their pathos. "Shore wud lahk to git me a mesha shpareribsh," says Granpa, who has to be force-fed alcoholic cough syrup before he can be made to ascend the beaten-up old jalopy.
Even at this time of their lives, there is far from any rest for them.
— Lloyd Dykk
Posted by lee bacchus at 6:05 PM 2 comments: 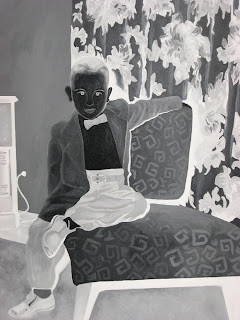 UNTITLED — MAY 2005
ACRYLIC ON CANVAS
BY BRITTA BACCHUS
(Britta's blog can be seen here)
Posted by lee bacchus at 3:15 PM 2 comments: 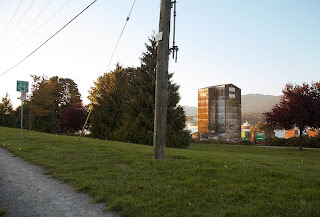 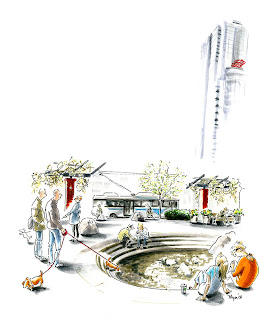 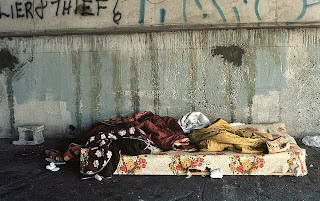 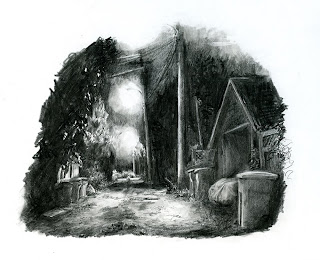 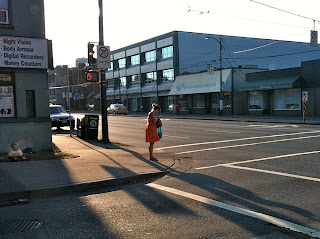 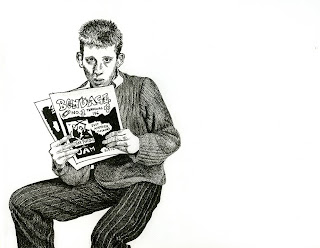 SHANE MACGOWAN
BY BRITTA BACCHUS
Britta's blog can be seen here
Posted by lee bacchus at 2:25 AM 1 comment: 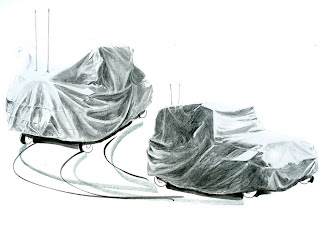 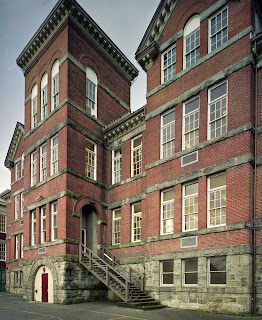 STRATHCONA SCHOOL — 2006
BY LEE BACCHUS & BRIAN GRAHAM
Posted by lee bacchus at 11:21 AM No comments: 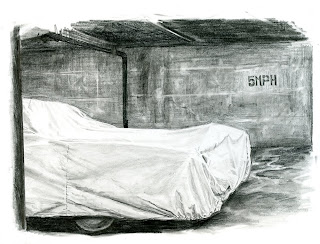 THE LOVED ONE — SEPTEMBER 2009
BY BERNIE LYON
Posted by lee bacchus at 9:35 PM No comments: 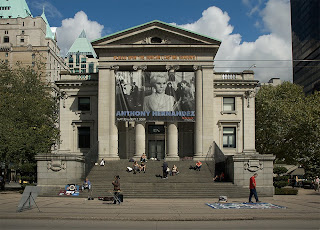 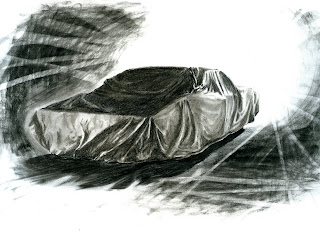