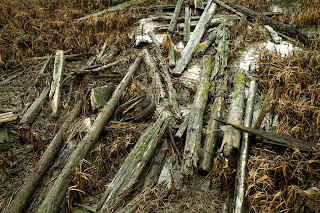 DEAS SLOUGH
Posted by lee bacchus at 11:22 PM No comments: 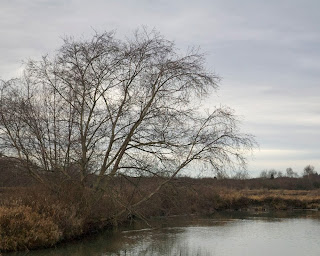 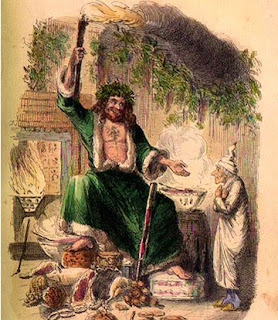 Posted by lee bacchus at 5:10 PM No comments: 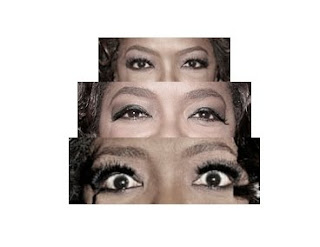 Santa -- an anagram of Satan.
Evil is everywhere and protean, ever reinventing itself in forms as various as reality television, Madonna's new clothing line and, of course, Oprah Winfrey.
Anyone who happened to see her recent "Oprah's Favorite Things" show would have to agree. She was giving things away to her packed studio audience. The gifts weren't cheap and there were enough of them to dole out to each and every person in the audience, which was made up almost invariably of women.
An army of FedEx elves trouped in with Santa hats and cartons of stuff, the cheapest of which appeared to be an electric grill and it just went up from there.
It was the last word in decadence. The audience went berserk. There was weeping and wild screaming. Greed had transformed everything, even sexual demarcation because people were making out willy nilly, it didn't seem to matter with whom.
Beneath the folksy drawl and the illusion that she's just like you and me, Oprah is a truly scary woman. It's bad enough that her so-called book club has made her a player in the business of literary taste-making. She's had political clout too, of course, since Obama probably couldn't have been elected to the American presidency without her. Suddenly race had become a commodity as marketable as anything else.
Much the same thing has happened to gays and lesbians, the trade-off of more tolerance and leaving marginality being a drop into the tyrannical vortex of the market and mainstream culture. In other words, insult by homogenization.
In a previous show, Oprah took the whole studio audience to Australia to see Hugh Jackman. The final gift on the most recent show was a seven-day tropical cruise on the world's biggest ocean liner. There was a momentary intake of breath, then the ravishment and shrieking began. The camera turned to Oprah, beaming with casual celebrity, her expression beyond smug, as sure of her place as Cleopatra.
—Lloyd Dykk
Posted by lee bacchus at 2:23 PM 1 comment: 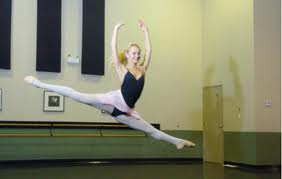 I like Katherine Monk.
A former colleague and fellow flick critic, Ms. Monk was always an ebullient and affable presence as we sat through (me often yawning) the preview of yet another innocuous Hollywood... ummm... (how shall I put it, delicately?)... pile of shit.
But later, when it came time to put notes and quotes (scrawled in the gloomy dimness of a near empty theatre) into words, Ms. Monk sometimes stumbled as she tried to put one word in front of another.
I’ve written some clunkers myself under deadline but nothing that should set a good desk editor’s hair on fire.
Case in point: Ms. Monk’s review (in both the Vancouver Sun and Province ) of the new Natalie Portman vehicle, Black Swan, is a classic example of someone attempting to write above themselves.
Either that, or she was channeling Gene Shalit.
While she awards Black Swan a generous A-minus, Ms. Monk performs an ungraceful pas de deux with readers that left me (as they say in the film blurb business) “breathless.”
Like a dog lapping up toilet water, I enjoy a scintillating simile as much as most. But Ms. Monk fell as flat as my fallen arches with this description of a ballet dancer’s foot.
“Have you seen a dancer’s feet [Well, no actually]? They’re such a microcosm of physical trauma, they conjure images of a Civil War battlefield.”
Oh really. A Civil War battlefield. Those must be some big honkin’ feet. Not to mention what I imagine to be cannonballs between the toes, as well as Union and Confederate corpses hidden beneath the heels.
But wait, kids, there’s more.
We’ll skip over the say-what? phrase “binary of beauty” and the malapropism in the description of the director’s daring turn as he “manipulates the elements to exacerbate the edge.”
How you worsen or degrade an “edge” seems more suited to a blacksmith than a film director. She may have been thinking of “enhancing.” But let’s not quibble.
Let’s take our dulled blade and cut to the chase (I also like mixed metaphors) when Ms. Monk compares the director’s deft touch with the “manly dexterity of a patriarch before the family turkey.”
Yes, he must be a manly man, even though he wields an exacerbated edge.
But Black Swan is no turkey. It’s “the kind of movie that will reawaken your love of cinema."
(Sorry, was I snoring?)
Mercifully, Ms. Monk did not close with the retch-inducing Hollywood cliche “a triumph of the human spirit.” although she may have been sorely (as sore as Gettysburg) tempted when she closed with “A complete triumph in every regard.”
Now that’s a binary beauty of a phrase born to be a blurb.
Posted by lee bacchus at 4:13 PM No comments: 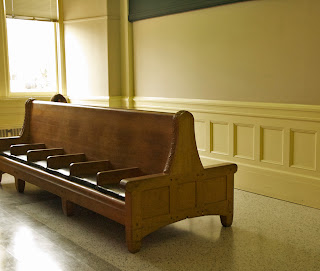 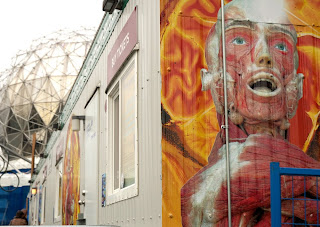 Posted by lee bacchus at 1:56 PM No comments: