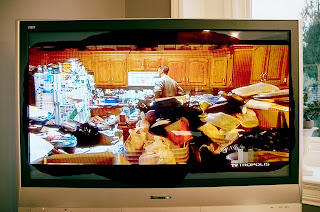 
THE ART OF HOARDING.
Every passion borders on the chaotic, but the collector’s passion borders on the chaos of memories.
— Walter Benjamin, Unpacking My Library.
Teetering atop my towering pile of guilty pleasures is a reality TV show
on A&E called Hoarders.
Each episode is a less-than-subtle variation on the same theme: a compulsive hoarder is threatened with eviction, divorce, suicide, state
apprehension of children, estrangement from extended family, or any one or permutation of the above. These threats arose because their homes have metastasized into grotesque and perilous repositories of clutter — dense jungles of clothing, dirty dishes, uneaten and moldy food, human and animal feces, tacky memorabilia and just about every other artifact of modern culture you could imagine. And some you can’t imagine.
These homes are not merely messy. The have metamorphosed into kitsch rococo cocoons, claustrophobic crypts in which makeshift tunnels and paths bolstered by strata of junk have displaced hallways, open floors and air itself.
If you haven't seen the show before, the first shots from inside these
"homes" can elicit gasps. Surprisingly the hoarders, while occasionally eccentric, come across as relatively "normal." Some seem as embarrassed and baffled by their mega-clutter as we do, while others simply look past it in an anxious state of denial. Of course the producers, in an attempt to muffle cries of Oprah-style media exploitation, trot out licensed psychologists or "professional organizers" with the film crews to assist the hoarder in getting clean— not unlike the same state of"clean" sought by recovering addicts.
In many respects Hoarders is like a cross between an archeological dig
and a "makeover" show, except here history has been replaced by personal memories and the self has been replaced by the home. You can almost hear a collective sigh of relief at the conclusion, when the camera alternates back and
forth between the home's former thicket of detritus and the fresh, clean
re-claimed living space (a process not without it's product placement,
i.e. legions of trucks from 1-800-Junk and commercial breaks for Hefty Bags or sanitizing cleansers).
In an attempt to rationalize my own addiction to this show (and another competing hoarding show on The Learning Channel called Buried Alive), I have fashioned a theory: the hoarders are artists. Artists who don't know they're artists.
Read my whole piece here... 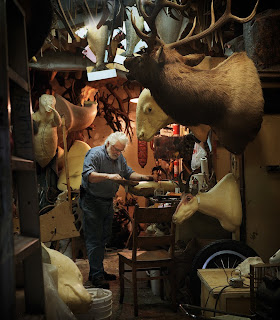 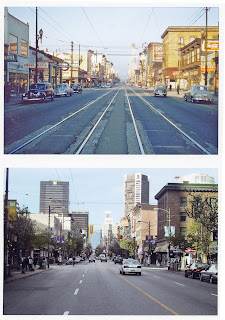 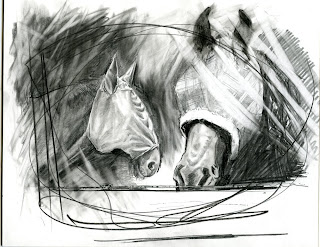 BY BERNIE LYON
Posted by lee bacchus at 8:44 PM 1 comment: 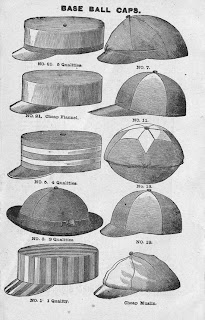 OFF TO WATCH SPRING TRAINING IN THE DESERT
BACK NEXT WEEK
Posted by lee bacchus at 11:00 AM No comments: 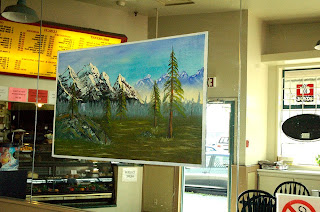 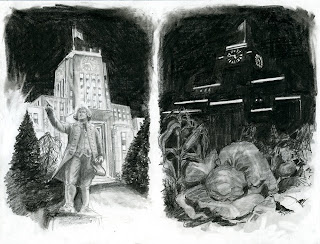 BY BERNIE LYON
Posted by lee bacchus at 7:41 PM No comments: