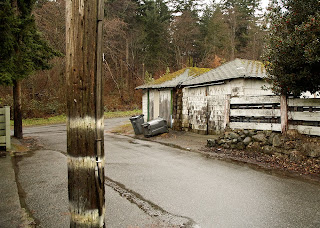 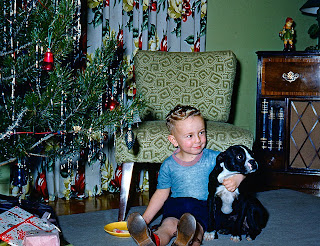 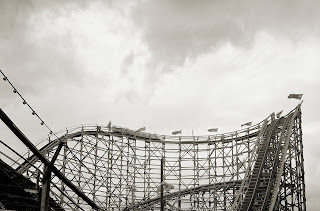 Posted by lee bacchus at 5:09 PM No comments: 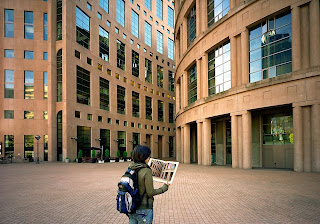 Posted by lee bacchus at 5:08 PM No comments: 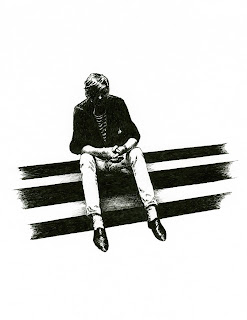 BY BRITTA BACCHUS
(Britta's blog can be seen here)
Posted by lee bacchus at 2:50 PM No comments: 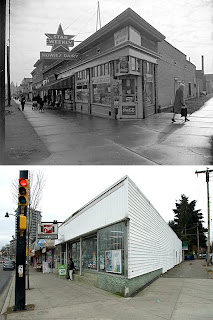 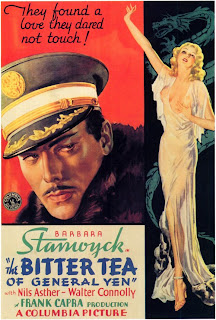 The Bitter Tea of General Yen, 1933, was the film that opened Radio City Music Hall, where it was a disastrous flop, not doing the career of director Frank Capra any good. That fact alone tells you how serious racism must have been at the time. This film is irresistible.
A young New England missionary, Barbara Stanwyck, is in China, her honeymoon delayed when her husband goes off to save an orphanage besieged by General Yen, a warlord who regards the children as "ancestorless brats." She is more or less kidnapped by Yen in his palace, masterfully shot by cameraman Joseph Walker.
Yen is played by a tall dashing Swede, Nils Asther, who coolly observes on his prisoners as the gunshots ring out, "Surely it is more humane to kill them quickly than to let them starve." His Aryan good looks complicate the dialectic of the film, certainly, but this is the element that gives it such erotic appeal. What can one say about the scene of Stanwyck's sensational nightmare, where her husband comes to rescue her, only to strip off his facial mask and reveal General Yen?
The dynamic is purely Cocteau — Beauty and her ravishing Beast. Finally draped in the General's most elegant wedding gown, Beauty begins to fall strongly under his spell but it is too late. He has already drunk his bitter tea.
Only one of the things that make this movie so remarkable is that it dared.
Dec. 14 (5 pm) on TCM.
— Lloyd Dykk
Posted by lee bacchus at 9:38 PM No comments: 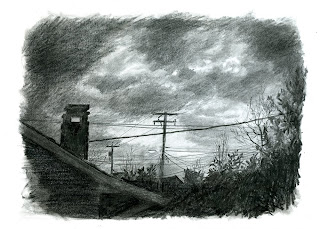 BY BERNIE LYON
Posted by lee bacchus at 2:15 PM No comments: 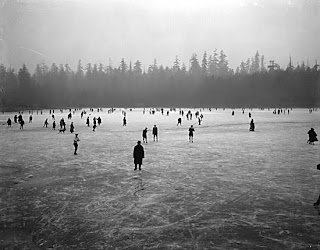 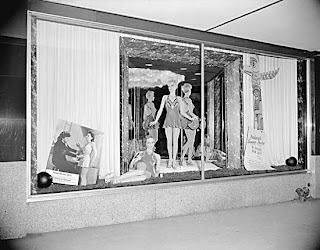