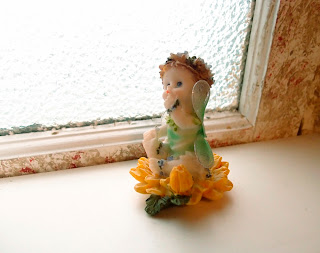 Posted by lee bacchus at 2:47 PM No comments: 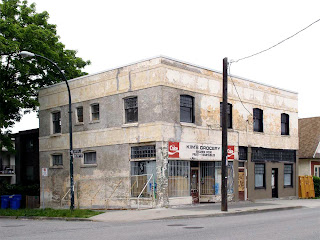 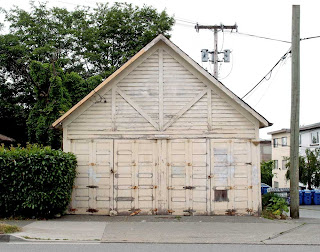 MARPOLE
Posted by lee bacchus at 3:02 PM No comments:

The Canucks' Cup run, like war, has brought us together."

Of course, the local newspapers have given the troops their marching orders.
Given the volume of Canucks "news" consuming trees faster than a biblical swarm of pine beetles over the past few weeks, the news desks must have reporters' assignments on a loop: Give me something with a hockey tie-in, and give it to me yesterday! Recipes, fashion statements, trips down memory lane, cultural events — as long as it is tinted blue and green, then it's a tie-in that's a shoo-in.

But I just about did a spit-take of my official soft-drink of the Vancouver Canucks when I read the above headline on an Doug Todd's A4 column in Tuesday's Vancouver Sun.
Curious. Todd, the paper's religion reporter, is one of the few columnists who often dips his quasi-Christian sandals into philosophical and ethical questions that our phantasmagorical culture arouses (i.e. painted Canuck faces), and does so with the closest thing a newspaper writer (as I once was) can come to an emotion like compassion. (That's when you care about things, right?)

Here, however, in tackling the phenomenon of sport, Todd makes some long jumps in logic that seem bush league.
His main thrust, as the headline declares with bravado, is that the Canucks have united our multi-ethnic city around the rallying and trademarked call, "We Are All Canucks."

Continue reading in The Mainlander
Posted by lee bacchus at 4:54 PM No comments: 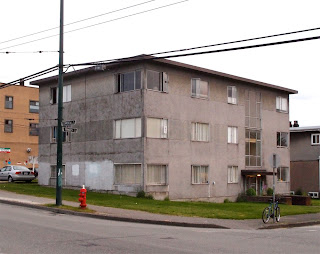 DUSK
Posted by lee bacchus at 9:20 PM No comments: 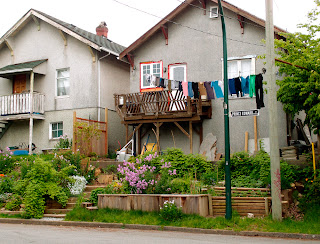