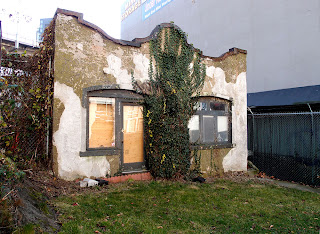 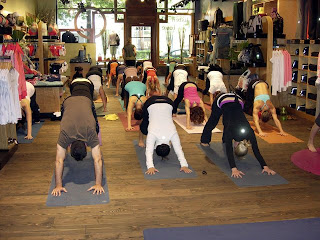 You never know what the day will hold, especially when you try to discard it immediately into the garbage function, as I tried to do with a missive from Lululemon, you know, that bunch of creepily miliitant clothing shills who, in a colossal leap of credibility, have stooped to advocating Ayn Rand's Atlas Shrugged to push their wares.
Today I got a fulsome and definitely stupid promotion from Lululemon, saying that I could get into it for nothing, being from the media and everything. Apparently everybody else would have to pay?
I fired back, "This is a joke, right?" Within minutes I got this response from some petty functionary called Kristen or something, though her job description claimed a position far loftier than white trash gofer idiot. She said (note the sarcastic use of lower-case), "excuse me?" My response was, "It was a polite way of saying fuck off."
Kristen, a good and tactful company representative, fired back, memorably, "Get a life loser."
I replied, "Thanks but I have one. Get a job, loser."
I hoped Kristen Could read my best wishes and my auxiliary thoughts. Among which were, " Thanks for sharing your pr skills and your dreams of world domination, a dream predicated on No-iron Fortrel and not invading Poland again.
And so ended my dream of connubial bliss with Kristen, or whatever her name was.
— Lloyd Dykk
Posted by lee bacchus at 6:17 PM 4 comments: