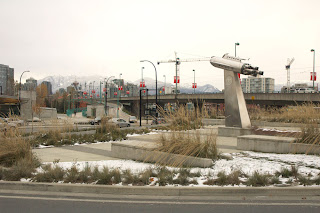 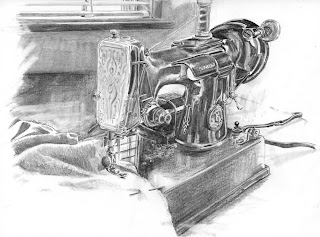 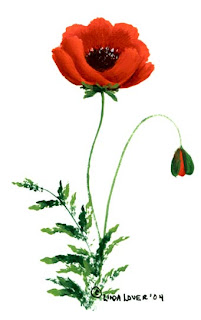 So we then dug him out from under the metal.
We carried him home to our city
And buried him under a huge stone, an
Arch, which we named
The Arch Triumphal:
It weighed one thousand hundredweight, so
The Unknown Soldier
Would never, no matter what happened, stand up
On Doomsday,
Or be hauled up into the light,
With his blotted out face before God,
Or point at us, making us known,
And hale us to judgement.

Bertholt Brecht, Legend of the Unknown Soldier: Beneath the Arch Triumphal.


I wear a poppy, but mine does not seem to spew cliches and thinly veiled militaristic and moral drivel like squirts from a prank clown flower.
But the Vancouver Sun’s Shelley Fralic has a poppy with that power (Remembering the power of the poppy, Nov. 11). Her stepping off point is the remembrance (get it?) of her presence when the Olympic Flame made its way along a one-km route in Labrador. Her focus is one of the torch-bearers (oh-oh, symbolism alert!), a 23-year-old member of the Armed Forces who recently returned from a tour in Afghanistan.
(Never mind the confluence of militarism with Olympic spectacle; Been there, done that with The Third Reich.)
We learn the young corporal is “quiet and dignified” — which of course are code words for compliant and duty-bound. The ideal soldier. A cipher in fatigues. And if he’s one of many who’s a dead-man walking, at least he’s doing it so not to wake up the neighbors.
Fralic isn’t really aware of cultural code of war; she just mindlessly repeats it, like a ventriloquist dummy whose schtick is propaganda rather than one-liners.
We learn she wears her power poppy to honor all those who have “sacrificed much, some even their lives, in order to preserve the peace and freedom I cherish today.”
That’s a line that could have been delivered from the pompous actors in any war machine — Greek, Roman, Prussian, Canadian, British, German — even the Taliban. Who wouldn’t rationalize death and destruction by waving the flags of “peace and freedom” although given those sentiments would be couched in religious rhetoric by radical jihadists.
Of course, the tragic irony here is that we are not free, unless you believe that freedom means being able to choose between flat-screen TVs from Wal-Mart or Price Club, or the freedom to vote for the lesser of two idiots or ideological shills. Or that the “sacrifices” that preserve this straw freedom are really the dirty work of corporate statism, preserving not freedom or peace but more down-to-earth privileges of oil, corporate interests and geo-political control.
After her blitzkrieg of homilies, Fralic seems to declare her heart victorious and turns back to the young corporal who told her that “being a soldier in Afghanistan was hot, tiring and busy work but that if things turned out as planned, he would be spending his next Remembrance Day — today — in Kandahar.”
Yes, duty and compliance is what Fralic really celebrates here, and when you translate the code, she's spinning a word-dance of death.
Posted by lee bacchus at 1:34 PM 3 comments: 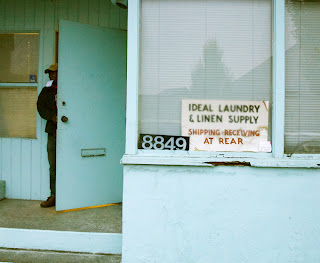 Posted by lee bacchus at 6:02 PM No comments: 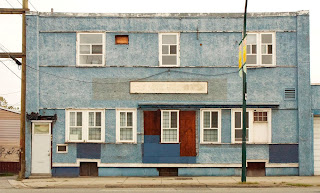